by Stuart Margolis, of Margolis Partners; and Ed Gleeson, of Printing Industries of America

The results are in from the 2014 Ratios, Printing Industries of America’s Financial Benchmarking Survey for the graphic arts industry. The report presents results from the 2013 fiscal year financial information.

The calculated trailing 12-year average profit for all printers is 2.0 percent, up from last year average of 1.8 percent, indicating this year’s profit is well past the average. The 2007-09 recession and the previous recovery period from the 2000-01 recession contributed significantly to a low 12-year industry profitability average. Notably, industry profitability hovered above three percent when averaged for the prior 91 years in which these surveys have been compiled.

Just when the printing industry business leaders were predicting a continued return from the recession lows, industry profits stalled. The industry produced approximately $2.2 billion in total profits over the course of the 2013 fiscal year, which is the same dollar profit amount from the prior year.

The industry’s profit leaders, those printers in the top 25 percent of profitability, saw their profits rise over the year, increasing 0.4 percent from the previous year to 10.3 percent. Their performance for the last three years (10.3, 9.9 and 9.6 percent, respectively) is above this elite group’s average of 9.4 percent over the last 12 years.

A conclusion one might reach is that during tough times, the Profit Leaders kept their firms from being pulled down by economic downturns, leading to a larger divide.

Profit Leaders and All Firm categories followed the same pattern. Profit Leaders at the high and low ends of the size categories out-performed the middle groups. Printers with sales greater than $18 million averaged an overall return on sales of 13.1 percent (a large increase from last year), and the printers with sales under $3 million followed with 12.0 percent (Reference Graph 3). These were followed by 9.3 percent achieved by the category of sales in the $6-10 million range. These sales categories outperformed the Profit Leader groups in the sales ranges of $6-18 million.

The sales category for Profit Leaders in the $3-6 million and the $10-$18 million categories had returns of an 8.6 and 7.9 percent, respectively. Both of these segments showed decreases in profits as a percent of sales from the previous year.

Within each size category, the threshold for attaining Profit Leader status changes and the variance between categories can be significant. For example, a printer with a profit of only 4.4 percent (or greater) was considered a profit leader in the $10 to $18 million category, where profit leaders averaged a 7.9 percent return. Yet, printers with sales over $18 million had a higher threshold and needed a profit of 7.7 percent or greater to be considered a Profit Leader, where the average profit leader return was 13.1 percent.

Trade binders/finishers on average had a more profitable year – 3.3 percent compared to 2.6 percent for commercial printers. The sample size of trade binders/finishers is not large enough to make generalizations concerning the entire industry, but for the group of survey respondents, it was the first year they reported profits since 2010.

Profit rates always vary significantly by product specialty. Of the 10 printing product specialties covered in the survey, the top profit producing segment was Quick Printers, showing a 9.11 percent rate in Profit by Product Specialty – a full 3.49 percent increase over the prior year (Reference Graph 5).

The biggest leap in Profit by Product Specialty was seen in Trade Binding & Finishing Services, where the rate jumped 6.28 percent (from a loss of 2.95 percent to a gain of 3.33 percent). Packaging stayed toward the top of the list, with profits at 6.84 percent of sales. Label/Converter, Forms and Documents and Book Printers all achieved above industry average profits of 4.43, 3.33 and 2.92 percent, respectively.

Although the Magazine/Periodical segment showed a gain (up 0.53 percent from the previous year and 2.02 percent over 2011), the Commercial and Advertising and Magazine/Periodicals segments both were below industry average profit. Commercial and Advertising printers, which are the bulk of the printers reporting, averaged a profit of 1.74 percent, which is a decrease from its previous year’s posting of 2.33 percent.

According to the 2014 Mid-Year Outlook Survey, the printing industry should see a slight increase in profits in 2014. Overall, 53 percent of survey respondents report profits increasing in 2014 compared to only 30 reporting declining profits.

Stuart Margolis, Margolis Partners, is a financial expert in the allied graphic arts. Margolis Partners is the CPA firm that manages the Ratios program for Printing Industries of America (PIA). Edward Gleeson is director of economics and market research for PIA. For further information about industry profitability, visit www.printing.org/ratios. 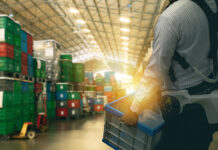 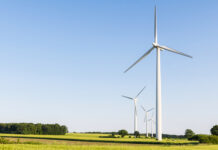 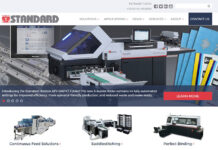