While the United States was in the grips of an economic meltdown, many in the binding industry saw business drop as customers sought to conserve resources and moved to digital publishing. The owners of three companies on the east coast that were able to withstand the recession are “cautiously optimistic” about what 2012 will bring. In the Midwest, though, the outlook could still be described simply as “cautious.”

“In New England, things are a little more positive than they have been in recent years,” said Frank Shear, president of Seaboard Bindery, which is located in the greater Boston, MA area. “The general economic outlook is getting better, and we’re feeling better about this year than we have the past few years,” he said.

But Shear’s optimism about the rebounding economy is guarded by technological change. “No matter how well the economy might rebound, there’s always the worry about the increase in electronic media,” he said. “Will that affect the things our customers do? With the emergence of digital – moving from off-set to digital – there are so many conflicting currents here. But bottom line, I’m cautiously optimistic that we’re not going anywhere.

Bruce Boyarsky, owner of Ocean State Bookbinding in Providence, RI, and Patty Traynor, owner of Finish on Demand in Lancaster, PA, share Shear’s cautious optimism. “The printing and binding industries are changing,” Boyarsky said. “There’s a certain amount of attrition with emerging media. I think that’s a permanent change.” He continued, “There’s a baseline economy that will continue to exist – a certain amount of printing that will go on no matter what. There are some things you can’t do through the internet.”

Traynor is, by nature, an optimistic person, she said. “The economy is showing signs of crawling back.” Her company, Finish on Demand, specializes in short- to medium-run perfect binding and is relatively new to the industry. “I started the company in November 2009 – a very bad time to start a company,” Traynor said. “Or, it could be a good time to start during a down economy because resources – such as employees and equipment – are more available. But the economy is taking longer to bounce back than I had hoped.”

Bob Windler, president of Diecrafters in Cicero, IL, agreed print and print finishing won’t totally go away, but said changes need to be made as profit margins continue to erode. “I don’t believe that things will ever be the same as they once were,” he said. “Whether that is a good or a bad thing remains to be seen. Like it or not, that is the reality right now.”

Alternative forms of media have become the focus of those who once sought a more traditional approach to marketing, he said. “The marketing folks that drive much of the graphic communications demand are focused on making alternate forms of media become more effective and are making great strides to that end,” Windler said. “I am not of the opinion that print and print finishing will go away; however, I have no illusion that we will once again control the same slice of the pie that our industry once did.”

The emerging technology offered by the internet is why Traynor decided to focus on short to medium runs when she opened up shop. Diecrafters, though, has reduced its traditional bindery services because Windler believes that “margins are insufficient and will continue to erode for the foreseeable future.”

“It is only a matter of time before a large percentage of standalone trade binderies will fold, as numerous ones did this past year, since the pricing will not support their overhead,” he said. Windler thinks more and more printers and finishers will turn to consolidation as a means for staying in business.

“Otherwise, I would imagine most printers will have to continue to expand their binderies as outside capacity dwindles since they can capture the overhead costs through other departments,” he said. “I would further expect that their margins will erode too, as a result.”

Because 2012 is an election year, Boyarsky expects many will perceive the economy as getting better. Next year is the litmus test, he said, for seeing how well things are really going. Traynor agreed that the final balance will tell a tale. “Some will continue to go out of business and others will pick up the slack,” she said. “While there might be fewer plants, the surviving ones will have increased sales. Whether the totals will be more than last year, I don’t know.”

Boyarsky said he will continue to be “fiscally conservative” in his business approach. His company, Ocean State Bookbinding, offers a wide variety of finishing services including, cutting, folding, stitching, perfect binding, wire-o binding, plastic spiral binding, mini-folding, diecutting, laminating, spot gluing, remoistenable gluing, double sided taping, high-speed shrink wrapping, kitting and handwork. “Last year I held the line,” he said, noting he bought a few pieces of used equipment. “I’m paying down debts and trying to be responsible. If there’s another down-turn, I’ll be in a position to ride it out.”

Shear said Seaboard’s strategy this year is to take an aggressive approach to sales. “We may add equipment based on customer needs, or we may stand pat. We offer a lot of basic kinds of service that we think will always be in demand. We dont do niche-type services,” he said. “We do mainstream work. We think thats the kind of work most companies are going to need.” For Seaboard’s staff of 17, the focus will be on productivity, Shear said.

Windler said Diecrafters has budgeted to add more equipment and is sorting through a “wish list” now. “The days of ‘build it and they will come’ are gone,” he said. “Every purchase is weighed carefully to insure that either new sales or labor savings provide sufficient return on investment.” He also said the company is looking to expand talent by adding two new positions. “Training is an investment we are making in staff as well,” he said, but there won’t be any changes to Diecrafters’ finishing services, “at least not in the first part of 2012,” Windler explained.

“We are promoting a line of underutilized techniques in one of our existing services,” he said. “More significantly, we are seeking out strategic alliances that will allow us and our allies to diversify into alternative markets and share synergy.”

Because Traynor’s business is so new to the market, she is planning on increasing some capabilities through staff additions and equipment purchases. “I’m a relatively new company, so those were in the plans anyway,” she said.

Neither Shear nor Boyarsky expect their company to make major changes in the services they offer. “We might make small changes based on customer requests,” Shear said. “We might do some upgrading, but nothing new.” Boyarsky said gauging consumer need is very important. “That will tell us if we need to add services and equipment,” he said.

Shear, like Boyarsky, expects printing and binding businesses to be around for a long time. “Are we in the best position to take advantage? I think we are,” he said. “We’re in a better position now because so many of our competitors have gone out of business. We’re one of the few remaining trade binders in New England.”

Said Boyarsky: “It’s a mature industry. It’s not something a lot of people are getting in to. The people who are here have been around for a very long time. But the next three to five years will be a challenge for everyone. 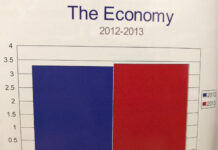 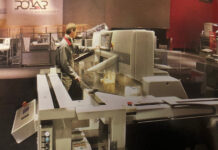 Quality Control in the Bindery 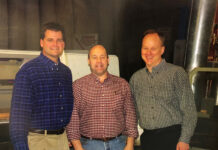