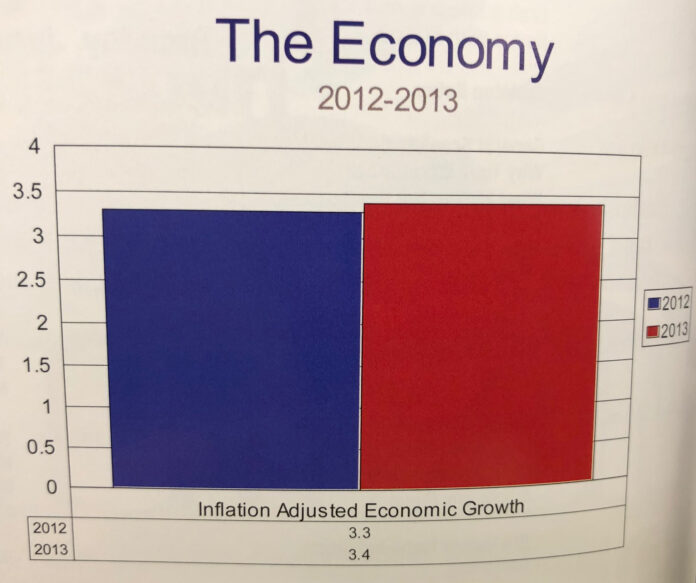 How will the economy and print markets perform in 2012 and 2013? Here’s our outlook:

The 2012-2013 Economy
At the current time, the economy is forecast to continue the slow recovery from the recession. While a return to recession is always possible, especially since the recovery has been slow, the most likely scenario is for economic growth of more than three percent over the next two years. The largest unknown, of course, is the outcome of the national elections of 2012 and its impact on federal tax and spending policies, both over the short and long term. 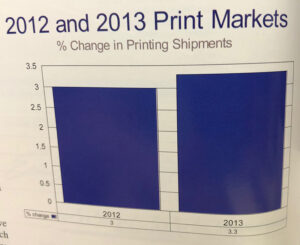 2012-2013 Print Markets
If the economy trends as projected, print markets should continue to grow. The 2012 national elections will provide an additional boost. All in all, our projection is for three percent growth in 2012 and 3.3 percent growth in 2013 on a nominal or non-inflation adjusted basis.

In terms of print function, the national elections should give a particular boost to marketing/promotional print, which means that this function would grow at above average rates. In contrast, print intended to inform/communicate will likely grow at a less than average pace. Print logistics will likely be in between these two. 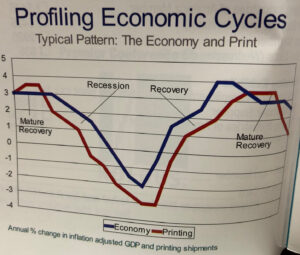 Strategy and Tactics for the Expected Economic Cycle
In designing strategies and tactics for the coming environment, keep in mind the key differences between print and the economy over a complete economic cycle:

While printers and suppliers can’t do anything about the business cycle and these overall macroeconomic trends, they can help themselves by understanding this pattern as they manage:

Dr. Ronnie H. Davis is senior vice president and chief economist for Printing Industries of America. He can be reached via phone at 434.591.0527 or via email at [email protected]