In 2009 and 2011, the FSEA asked its members to answer a series of 20 questions designed to assess the effects of the economic recession and subsequent recovery. The 2016 report, conducted through a third-party system specializing in online surveys and email marketing, provided a follow up to those surveys with an eye to benchmarking the state of the print finishing industry.

The 2016 survey received 65 responses, with 75 percent of respondents having fewer than 100 employees. Located across the US and internationally, the survey addressed issues such as sales volume, workforce size and primary business concerns for the upcoming year. Although the full survey is available only to association members, some data is shared here.

For a majority of print finishing providers responding to the survey, the economic upturn has resulted in a similar pattern for their businesses. In 2016, more than 56 percent of respondents reported an increase in overall sales levels when compared to five years ago, and 43 percent of those believed the increase to be more than 10 percent, primarily due to an increase in overall demand.

The optimism continues for the remainder of 2016, as more than 80 percent of respondents believe a sales increase will occur in the next six months. The additional demand likely will lead to new employees for nearly 50 percent of those responding.

Anecdotal stories have pointed to an increase in the use of specialty finishing techniques as the economy has recovered and companies looked to increase their ability to attract consumer dollars. Digital printing has reduced some press costs, making print enhancements affordable within the overall production budget. According to survey results, significant increases have been seen in foil stamping and embossing work.

Other key findings indicate rising concerns over labor and health care costs and the ability to find new employees. The full survey can be accessed by FSEA members at www.fsea.com. 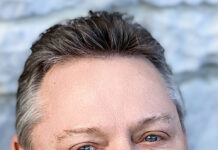