On July 1, 2016, the US Department of Labor (DOL) released its interim final rule, increasing the civil penalties for violations of its standards. The increase was required due to the passage of the two-year bipartisan budget President Obama signed on Nov. 2, 2015.

This is the first time in 25 years that OSHA has increased its penalties. Since 1990, OSHA has been one of only three federal agencies that were specifically exempt from a law that required federal agencies to raise their fines to keep pace with inflation. The bill allows OSHA to have a one-time adjustment this year to catch up from the last time the agency’s civil penalties were modified. In addition, the law allows the penalties to be increased each year.

The required initial penalty “catch-up adjustment” was tied to the percentage difference between the October 2015 Consumer Price Index (CPI) and the October 1990 CPI. The inflation adjustment factor for this period worked out to be 78.16 percent.

The new penalties became effective on Aug. 1, 2016, and the maximum penalties for workplace safety violations issued by OSHA are shown in Table 1.

The interim final rule mentions how OSHA is going to apply the new penalty structure to inspections that began before August 1, 2016. The rule states that the adjustment will apply to any penalty assessed after August 1, 2016, “including those whose associated violation predated such increase.” The adjusted penalties apply to any citations issued after Aug. 1, 2016, whose associated violations occurred after Nov. 2, 2016.

This means that any inspection that has not been closed on or before July 30, 2016, may be subject to the higher penalty amounts. OSHA could wait to issue a citation until after August 1, 2016, so they can use the new higher penalties. It was not clear if OSHA would intentionally delay issuing a citation. It remains to be seen how OSHA is going to address the penalties for these inspections.

According to the rule, states that operate their own Occupational Safety and Health Plans must also increase their penalties. This is because state-approved programs must have requirements that are at least as effective as those issued by federal OSHA. The penalties are an important part of enforcement for state plans, and they need to be consistent with the new ones.

There are 22 states that have their own programs, and they now will have to revise their penalties to be consistent with this new rule. The rule did not provide a deadline for when states had to revise their penalties. In some instances, the states will simply incorporate new rules by reference so the increase will have the same effective date as federal OSHA. In other instances, states have to go through their own rulemaking process, and it can take between six to 12 months for this to occur. This means that until such time that the state plan increases its penalties, a printing operation cited by its state will not pay the increased penalty.

The budget law requires OSHA to now implement annual cost-of-living increases. The increases are tied to the increase in the CPI. Adjustments must be made by January 15 each subsequent year. In order to keep up with federal OSHA, states with their own plans need to do the same.

After 25 years of no increase in penalties, OSHA now has reversed course and dramatically increased them. Since the rule is an interim one, there is a remote possibility that some aspects might change.

However, it is highly unlikely that OSHA will not increase their penalties to the maximum extent allowed by the law. Another factor, which will be evident once OSHA starts using the new penalty structure, is that the maximum penalty for each alleged violation will be applied. Under the current penalty policy that was put in place in 2010, OSHA typically issues citations with penalties at or near the maximum and itemizes each violation with its own penalty so that the total amount is much higher than how the penalties were calculated prior to 2010. They also changed their negotiation approach. They now are only willing to reduce the proposed penalties by one-third as compared to one-half, which was in the policy that was in place prior to 2010. OSHA has not issued any information that provides insight into how they may revise the current penalty policy in light of the increased penalties. This means they may continue to use the same approach that was instituted in 2010 so the total proposed penalties will be even greater than what they are if a citation were issued today.

The penalty increase means now more than ever that those in the printing industry need to assess their compliance status. In order to avoid injuries, violations, and now penalties that are 78 percent greater than before, it’s crucial to understand exactly what OSHA regulates and what inspectors looks for when they arrive to conduct an inspection. An excellent resource is the OSHA Primer publication. The OSHA Primer serves as a simple resource that provides an overview of federal OSHA regulations applicable to the printing industry. You can download the OSHA Primer from the Printing Industries of America online store at http://prnt.in/OSHAPrimer.

If you have any questions or need further information, please contact any member of the Printing Industries of America EHS team at [email protected] or 800.910.4283.

Article reprinted with permission from Printing Industries of America. 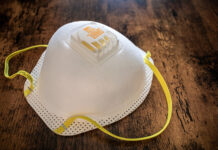 US Department of Labor Adopts Revised Enforcement Policies for Coronavirus 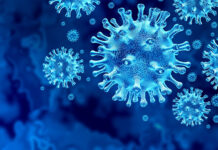 The Finishing Industry Works Through COVID-19