According to “The Future of Radiation Curing Print Markets to 2022” forecast developed by Smithers Pira, print produced using radiation curing (UV and electron beam) inks and varnishes in 2017 totalled roughly 1.38 trillion A4 prints, a value of $63.4 billion. The market is growing at around two to three percent annually in tonnage terms.

With ink revenues growing faster than the overall graphics and packaging market, users are taking advantage of instant drying to improve their production efficiencies and exploit both decorative and functional properties of the inks and coatings. Radiation curing not only saves time by instant drying, but it also enables various efficiencies across a wider production process.

While print volumes in graphics generally is falling by three percent per year between 2012 and 2022, the radiation curing print segments of this, and the still booming packaging market, are poised to expand market share. Radiation curing volume will grow by 25 percent by volume and 33.6 percent in value terms across this period.

Smithers Pira identifies the key developments in ink and varnish formulation and curing technologies that are underpinning this expansion.

UV curing methods are changing. The majority of ultraviolet drying in 2017 is still carried out using mercury vapor quartz lamps, but these take time to warm up and there are potential health and environmental hazards at end-of-life.

These limitations are amplifying the benefits of low-energy curing. This curing system is designed to dry the print using much less energy than the traditional mercury vapor lamps, with a single mercury doped lamp. The system uses special inks that command a premium over the traditional UV curing inks and varnishes. These lamps do not emit the shorter UV wavelengths that generate ozone, removing the need for ozone extraction. They produce less waste heat, so require less cooling, which further reduces the power consumption.

The technology now is being taken up in North America and Europe. Low-energy curing can be used on perfecting presses with two lamps to dry each side, and Komori has commercial web presses using H-UV technology instead of a hot air oven, thus reducing the press footprint – which is important in its home market of Japan, where the very high cost of real estate makes space saving potentially a significant cost advantage.

UV LED curing uses light-emitting diodes that emit a narrow band of UV, delivering a peak of UV energy, which provide a broad distribution of output across the spectrum, including visible and infrared.

LED curing offers even less energy than the low-energy mercury bulb UV systems, and there is an instant on-off, which can reduce further the downtime required in waiting for the lamps to come to full power, as well as providing significant energy savings through synchronization of cure with ink laydown. The drawback is limited availability of suitable inks, and the high cost premium currently associated with them.

The range of UV LEDs commercially available is growing, shadowing LEDs wider use in general lighting installations. Printers that are already using UV LED are reporting energy consumption as much as 70 percent lower than conventional UV systems. Another attraction of UV LED systems is their color brilliance, stemming from higher pigment content.

UV LED is moving beyond niche applications into higher-volume segments in some European countries, such as sheet-fed printing, where the technology has the advantage of being able to provide high color strength.

Electron beam curing uses a high-powered electron beam to initiate the free radical polymerization reaction. A curtain of accelerated electrons is emitted toward the printed surface in an evacuated chamber. The energetic electrons pass through a titanium window foil toward the wet ink, the energy is absorbed by the ink layer and the curing process takes place.

The benefit of the technology is the penetration of electrons into the body of the inkfilm, rather than just at the surface, ensuring good through-curing. It is widely used in the Americas on wide web presses but less so in Europe.

There are developments to broaden its use through lower-cost and smaller EB curing units, including for the first sheet-fed processes, and ink technology to broaden the use on flexo and gravure presses. The proportion of electron beam in radiation curing remains low, at just four to five percent in 2017, with most in North America and lower elsewhere.

As radiation curing is widely used in food, pharmaceutical and tobacco packaging, it is important that no components can migrate from the print into the product and cause any organoleptic effects. This is particularly important in tobacco packaging, where the criteria for odor-free and migration-proof packaging are driven by the fact that tobacco is hygroscopic.

Odor and taint are potential issues for all converters. Ink manufacturers are formulating low-migration inks using selected components, which should ensure that migration from the resultant printing ink film will be within accepted migration limits.

Ink formulators may choose components from the known range of approved ingredients, or choose the new classes of materials becoming available that offer inherently lower potential contamination. This issue now is being approached via new legislation announced in 2017 in the EU and other markets like Japan.

Several ink manufacturers are exploring new methods of formulating inks to broaden the range of applications for UV and electron beam inks and to improve their performance on press. In flexible packaging on common impression flexo presses there is limited space for interdeck drying, and ink manufacturers are developing UV and EB curing inks with water or solvents. These act as diluents, and there is a degree of evaporation at the print stage that enables improved wet-on-wet trapping.

There are developments in water-based electron beam gravure printing, for example IdeOn at Amgraph Packaging in Connecticut uses water as a diluent for electron beam-curable gravure inks.

A significant advantage of these hybrid inks is that they are not classified as hazardous materials, which traditional 100 percent solid UV inks and coatings are. This means manufacturers do not have to apply a hazardous chemical label onto the pack, and they can be transported in bulk – whereas a UV ink categorized as hazardous cannot be transported in a container larger than 25 litres.

“The Future of Radiation Curing Print Markets to 2022” provides quantitative market sizes for the major technologies in radiation curing globally, forecasting the markets to 2022 by curing, method print process and end use application. For more information, download the brochure at https://www.smitherspira.com/industry-market-reports/printing/radiation-curing-for-print-markets-to-2022.

Article courtesy of Smithers Pira, originally published in January 2018. Smithers Pira is the worldwide authority on the packaging, paper and print industry supply chains. They provide world-leading expertise and market intelligence, and offer a range of testing services supported by comprehensive facilities in the United States and United Kingdom. For more information: www.smitherspira.com. 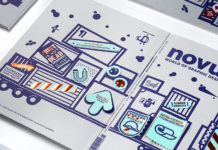 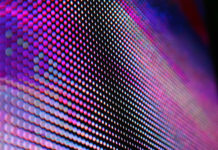