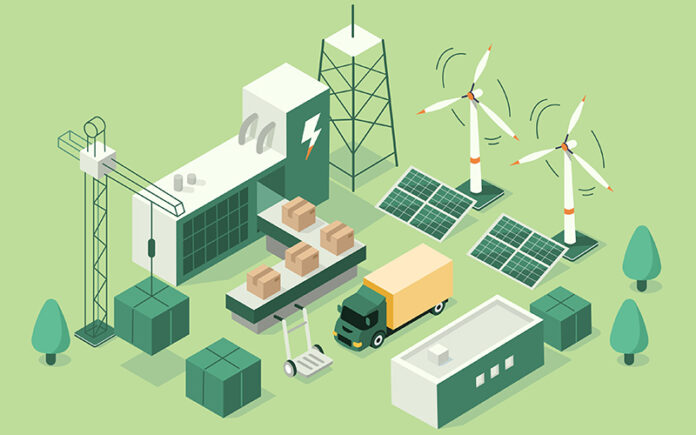 Energy independence is on the minds of many US manufacturers, not to mention politicians, the energy sector, auto owners and homeowners. Electric vehicles are making inroads, showing that change can be adopted and implemented. Gas and oil companies are widening their market by moving into the geothermal industry and geothermal is becoming more attractive since its sites can also be good sources for lithium and other in-demand minerals. Wind energy is maturing, with siting guidance that zeroes in on the best locations. Solar panels now are commonplace, as is feeding into the grid. Combined heat and power are evolving as a means to extract more benefits from heat and power generation. Here is a look at the top five sources of renewable energy for manufacturing.

Combined heat and power (CHP), aka cogeneration, is used to produce electricity and thermal energy on-site, reducing a plant’s requirement for electricity from the grid. The fuel source for cogeneration can be natural gas or a waste product that can be combusted for energy. CHP systems come in five main flavors: reciprocating engines, gas turbines, microturbines, fuel cells and boiler/steam turbines.

The US Army and the Army National Guard have installed CHP systems. Cooper Tire & Rubber has added a combustion turbine to one of its Oklahoma plants, and Michelin/American Synthetic Rubber now uses a boiler/steam turbine in a Kentucky plant. Owens Corning opted for microturbines for its Delmar Insulation Plant in New York. Industrial complexes and large corporate campuses sometimes go for district energy systems with centralized plants to serve multiple sites.

For more information on combined heat and power, visit the US Department of Energy’s Better Buildings Solution Center at https://betterbuildingssolutioncenter.energy.gov/chp/about.

The earth’s internal heat can be tapped to take advantage of geothermal energy and heating/cooling. With this technique, holes are bored into the ground – either deep vertical shafts or a configuration of shallow horizontal tunnels – which access the consistent temperature found beneath the surface. With a consistent temperature of, say, 50 degrees, plant operators can take advantage of the relatively chilly 50 degrees in the hot months to achieve initial cooling for processes or environmental cooling. That same 50 degrees is relatively toasty in the winter and makes a start toward warming a plant’s environment or its processes.

Microsoft jumped on geothermal for its campus expansion in Seattle and has drilled a large number of geothermal wells connected to heat pumps, chillers and thermal energy tanks. VILPE Oy, a Finnish plastics manufacturer, uses one geothermal system to cool its plant but uses another in a different way: to store the waste heat generated by its production machinery during hot months for later use in cold months.

For some geothermal basics, visit https://www.energy.gov/eere/geothermal/geothermal-basics.

The use of solar energy has become commonplace in America. Rooftop solar panels are found from factories to remote cabins, and feeding one’s excess energy back into the grid is no longer confined to techno wonks. Solar power can be used immediately to generate electricity, or the power can be stored in batteries (or thermal storage) for later use. There are many options for storage, integration into businesses, and transmission onto the electrical grid.

The Nature Conservancy has released a solar (and wind) project siting map to help identify the most effective places to deploy solar energy systems with the least disruption to wildlife.¹ The federal government makes it attractive to businesses to invest in solar energy, via investment tax credits.²

Depending on one’s locale, wind turbines for generating electricity may be nearly as common as telephone poles or may be an infrequent sight. Utility-sized wind turbine farms tower over the landscape in geographies with strong, consistent winds and home-sized turbines spin where farm windmills once stood. In between are turbines sized for industrial facilities and for grouping to create distributed wind systems for industrial parks or small communities. Turbines come in the horizontal-axis form and in a variety of vertical-axis models.

Get the DOE’s Small Wind Guidebook at https://windexchange.energy.gov/small-wind-guidebook.pdf.

The Department of Energy’s National Renewable Energy Laboratory offers REopt: Renewable energy Integration & Optimization, a web-based tool that allows users to evaluate the economic viability of a mix of distributed photovoltaics, wind, battery storage, combined heat and power, and thermal energy storage. It can be an aid for identifying system sizes and strategies, and for estimating critical load durations for systems.

The energy source(s) best suited for any company will depend upon the location’s availability of wind, solar and geothermal, as well as other considerations like whether the source is best used in new construction projects or can be added to an existing site. Federal, state and local regulations apply, but so do federal, state and local incentives. 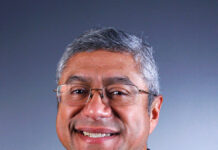