Before presenting the outlook for print over the next 12-24 months, let’s review the key relationships between print and the economy. A perspective on print’s performance relative to the economy is provided by examining the relationship between the economy (inflation-adjusted or real gross domestic product) and our Print Market Index, which tracks the difference between printers experiencing increased sales with those experiencing decreased sales. Although the economy is recovering, the Print Market Index remains in extreme negative territory.

The official start of the recession was the fourth quarter of 2007, which was the first quarterly decline in real or inflation-adjusted gross domestic product since the end of the 2001 recession. While the economy recovered somewhat in the first and second quarters of 2008, it then went negative for four successive quarters – the first such prolonged decline since the Great Depression. The economy stabilized toward the end of 2009, and the recovery is on track, although it will most likely be very mild.

In this extreme economic climate, print markets hit the wall in mid-year 2008 and continued to fall throughout 2009. The Print Market Index fell throughout 2007, 2008, and the first quarter of 2009 before reaching an all-time low and recovering slightly in the second quarter.

Over the course of a typical business cycle, nominal printing shipments tend to lag economic recoveries and lead economic declines as demonstrated in the chart on this page, titled Print and the Economy. This pattern will most likely continue with the current recession and recovery.

Looking back a little further, print’s competitive landscape has changed significantly over the past five years. Printing plants, employment, and printing shipments adjusted for price have all fallen while employment per plant, nominal sales, and prices have increased  although virtually all of the increases in prices and sales were from the first 2-3 years.

The projected “eye of the hurricane” scenario of the next two years of economic recovery (as reported by PIA in its Flash Report), while relatively modest, will still provide some much-needed relief to stressed-out print markets in the near term. As stated earlier, print markets lead recessions and lag recoveries, so print will rebound slower than the projected modest economic recovery. However, on the plus side, the 2010 congressional and state elections are lining up to be particularly competitive and may boost print demand further. Additionally, it appears that advertising markets are beginning to rebound and, given the new-found thrift of consumers, retail print promotion may be fairly aggressive over the next couple of years.

Conventional ink-on-paper print will most likely still decline in 2010 but stabilize in 2011. The good news is that digital print (toner-based and inkjet) and printers’ ancillary services should return to healthy growth next year. Digital (toner-based and inkjet) print is projected to increase by 4-5 percent over the next two years. Printers’ ancillary services are projected to grow by 2.7 percent in 2010 and by 4 percent in 2011.

Based on this projected decline of printing plants and the previously stated outlook for printing shipments, we can compare the performance of those printing plants that survive through 2011 and the overall print markets. As demonstrated in the chart on this page, the typical survivor will perform much better than the market as its total printing shipments are projected to increase by over eight percent compared to less than one percent for the market. Total conventional printing shipments are projected to decline by 1.5 percent, but the average survivor will see an increase of almost 6 percent. Survivors sales percentage increase of digital (toner-based and inkjet) print and ancillary services will be approximately twice the pace of the overall market.

The typical printer that survives the next two years will have a significantly different profile from today’s printer in terms of sales and composition. In particular, digital print (toner-based and inkjet) and printers’ ancillary services will grow as a proportion of printers sales while conventional ink-on-paper declines.

For more insight into the strategies business models of these survivors, utilize the recent Printing Industries of America report Beyond the Horizon: Key Dynamics Shaping Print Markets Over the Next Decade.

Dr. Ronnie H. Davis is the vice president and chief economist at Printing Industries of America. The outlook scenarios for both the economy and print markets are based on an upcoming Printing Industries of America report, Mapping the Economy and Print Markets 20102011, which will be distributed to members in the near future. Members also may order the 20092010 Ratios report to identify possible areas to reduce cost and be profitable in these tough times, benchmarking operations against industry profit leaders. To order the volume that fits your firm profile, call (800) 910-4283 ext. 770. 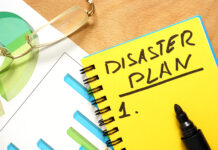 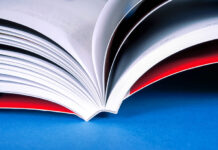 Adhesives in the Bindery: An Overview

CPSIA and Its Implications for Binderies