Laminating can be a delicate process with several potential process flaws that can affect the final look of a laminated print. Well versed in pressure-sensitive technologies, MACtac has identified some of the most common issues that can occur during the laminating process.

Answer: Few issues look worse than when bubbles appear under the film. Bubbling can occur for many reasons, the most common of which are listed below.

Tension
Lack of supply roll tension can cause the film to not be taut as it enters the nib. This insufficient tension causes bubbles when air gets trapped between the film and image. Too little supply roll tension will cause bubbles before it will cause wrinkles in the film. Insufficient tension easily is fixed by adjusting the tension of the feed spool to the proper specifications for the type of film being used. For instance, thinner film needs less tension.

Speed
Feeding too quickly causes bubbles if the item is pushed into the nib faster than the speed of the laminator. The solution to this problem is too obvious to mention.

Heat
“Hot spots” are a key problem when laminating inkjet prints. Inkjet printers dump a lot of ink onto the print and a rushed operator may try to laminate the image before the ink is completely dry. The problem can be exacerbated by the fact that, if a laminator is allowed to sit for extended periods of time without the rolls turning, there can be varying degrees of temperature on different parts of the rolls. This creates hot spots. When running a laminator at 85°C, the point where the rolls sit together easily can become a hot spot of +95°C. When a moist inkjet print encounters one of these hot spots, the ink easily can boil, creating bubbles. Among the solutions to heat-related bubbling is not to let the rolls sit idle for extended periods of time, to speed up the laminator so less heat gets into the printer or to work with a temperature about max 40°C. Always use the appropriate pressure.

Silvering
Silvering is caused by the capture of tiny bubbles of air, which look like hazy or reflective areas in the lamination. It may go unseen over light areas of an image, but will be more obvious over dark or black areas. Silvering usually is caused by too low an operating temperature and most often is seen when a machine is not given time to warm up or if the film temperature drops too low. When a large machine is warmed up without the motor on, one side of each laminating roll remains relatively cool. When lamination is begun, a pattern of repeated silvering can be seen each time the cool side of a roller is applied to the lamination. “Cool spots” are areas that aren’t hot enough to melt the adhesive. If bands of silvering alternate with bands of properly adhered areas, it means one part of the roller was too cool.

Be sure to pay attention to any defect which repeats. This is typical of debris, damage or low temperature on a section of the roller. Bubbles also can be caused if the adhesive doesn’t bond properly to the image. It can look like a sheen on the image. Bonding problems also can be caused by inadequate heat, inadequate or uneven pressure or too much speed. Inadequate pressure can cause silvering if the film isn’t pressed onto the image hard enough, preventing the adhesive from properly bonding.

Question: What causes wrinkles during lamination?

The film will wrinkle if there is not enough supply roll tension. Every laminator needs a certain amount of resistance in the unwinding of the supply rolls so that the film lays flat as it goes into the nib of the laminating rollers. Thinner film needs less tension, thicker film needs more. Also, respect the laminating temperature of 40°C to avoid wrinkling due to damp materials during the laminating process. The moisture content of the printed substrates must be the lowest.

Question: What are “orange peel” wrinkles?

Answer: The industry term “orange peel” refers to very fine wrinkles or waves in the laminate. This is a common condition resulting from too much heat. Simply adjust the temperature to a lower setting. NOTE: A quick fix can be to speed up the laminator. As the film runs at greater speeds, the actual film temperature is reduced. Some orange peel may occur when laminating prints with a lot of solvent residues or oil-based prints.

Question: Why does waving/blistering/dimpling occur?

Answer: These occur from the natural moisture in the item making it swell during printing. When too much heat is used, the moisture is dried out, but the areas that swell prevent the item from lying flat. They can also be caused by too little tension and uneven pressure.

Question: How does pressure affect lamination?

Answer: Users should start with as little tension as possible and then add more as needed rather than starting with a lot and loosening up. Some of the most common problems with laminated prints due to the wrong amount of tension or pressure are as follows:

Infeed waves are mars in the finished product that result from the original image being somehow distorted before it went in. For instance, if there is insufficient tension on the image as it is going in, it could end up crooked or folded as it enters the nib of the rolls. When feeding an image into the laminator, make sure it is parallel to the roll. Once it gets pulled in, grab the back of the image and hold it taut so any wrinkles get smoothed out before they enter the nib.

Print curl occurs when an image is unrolled and wants to roll itself back up again. A little bit of this is normal, but if the print doesn’t lay flat after some gentle smoothing, it is a problem. Print curl happens when one side of an encapsulated image changes size out of proportion to the other side, causing the print to curl towards the smaller side. This can be caused if the user puts a heavy laminate on the top side and something thin and cheap on the back, but doesn’t adjust the tension to allow for the different dimensional stabilities of both types of film. For instance, if the user applies the same tension to both the top and bottom film, the bottom film will likely stretch more than the top since it is weaker. As the image cools, the bottom film will tighten up a little more than the top film since it was stretched farther, causing the image to curl towards the back.

Boat wake is an undesirable ripple pattern in a “V” shape on a finished print. Boat wake is caused by several things. For example, when trying to encapsulate something thick, the edges of the film hanging off the sides of the print will not get as much pressure, so they’ll drag behind, causing the ripple pattern. “Reverse boat wake” can be caused when too much pressure is applied to the sides of the roller, forcing the middle up and causing the film to drag behind the film on the sides.

Ripples occur when too much pressure is exerted on the item when it goes through the rolls on the way out of the laminator while the film is still hot. To prevent this, make sure the pressure is at the proper ration of speed for the pull and front rolls. Make sure to work with a low temperature without exceeding 40-45°C.

Question: How can static electricity build-up be handled?

Answer: Static electricity is an issue that may arise and is impossible to prevent. However, it easily can be kept under control by taking a few precautions.

Removing or neutralizing static electricity by induction is the oldest and simplest method. Tinsel is the most common tool for this application. However, tinsel oftentimes is misused and, therefore, sometimes not successful. When using tinsel, it must have a metal core. Tinsel with a string (non-conductive) core will not function properly. Secondly, the tinsel must be well grounded electrically, stretched tight and placed ¼ of an inch from the material to be neutralized. There also must be “free air space” under the material to be neutralized, directly under or over the spot where the tinsel is placed. If done properly, the tinsel will reduce static electricity on both sides of the static-laden material.

In addition, grounding all plant machinery and related equipment is most important. Besides the safety factor, a grounded machine will help drain off extremely high charges of static electricity from partial conductors.

Answer: Repeating marks occur when there is something on the roll, usually a piece of paper or a scrap of film. If the defect is adhesive residues, simply clean the rolls.

MACtac is a global company that always has been driven by innovation, discovering future customer needs and developing new products. MACtac offers a wide array of products used in various fields, including graphics and decoration, the self-adhesive label industry and fixing and mounting solutions in several industries. On top of a high level of in-house manufacturing and R&D excellence, MACtac has been working on developing a strong partnership with its customers and a solid sustainable development policy. For additional information on laminating and MACtac, contact Helene Gobry at [email protected] or visit www.mactac.com. Laminate, Coating or Cast and Cure™: Which Type of Soft-Touch Application to Use … and When 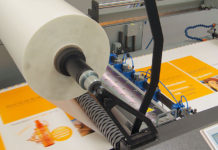 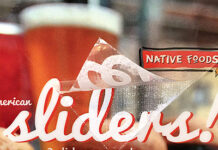