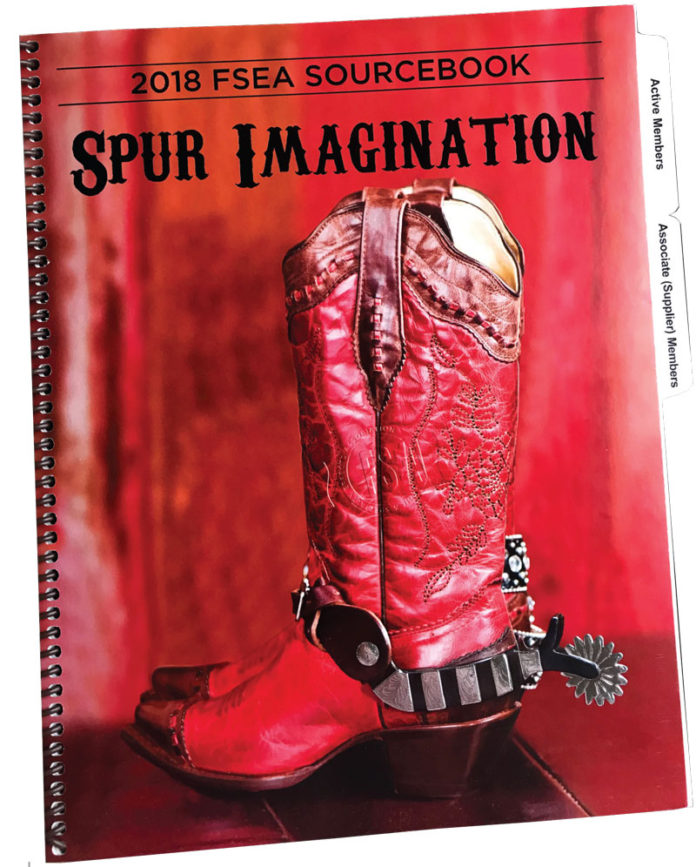 Each year, the staff at the Foil & Specialty Effects Association (FSEA) begin tossing design ideas around for the organization’s Sourcebook. As the association representing those who excel in enhancing print products, the FSEA’s annual directory of members and suppliers must reach a high bar when it comes to cover appeal. In 2018, taking cues from the association’s conference location near Nashville, Tennessee, the FSEA Sourcebook invited others to Spur Imagination by working with one of the association members listed within its pages.

The Sourcebook isn’t only distributed to FSEA active and supplier members – it also serves as a reference to printers and designers looking for a partner for print finishing work, such as foil stamping, diecutting and embossing. The FSEA distributes several hundred copies of the Sourcebook at tradeshows and other events throughout the year. Supplier partners are able to insert samples of their own intricate work into the Sourcebook, making it even more important that the cover design is spectacular – both to attract attention and to measure up to the high standards already set by the work featured within the directory.

In 2018, the FSEA was taking its national conference to the Nashville area, so a cover design that complemented Tennessee’s country music roots seemed like a natural. A red cowboy boot with brown leather details and silver spurs provided the inspiration.

Foil stamping and multi-level embossing work for the Sourcebook cover was performed by Superior Graphic Finishing in Doraville, Georgia. Originally established in 1972 as a steel rule die company, Superior Graphic Finishing added die-cutting, foil and embossing, folding/gluing and specialty bindery services in the 1980s. The company has won more than 400 awards over the last 45 years from the Printing Industry Association of Georgia, Printing Industries of America and FSEA.

The Sourcebook design called for fine-line embossing on the threaded feather detail and other decorative elements meant to bring out the texture of the leather, including stitching around the toe and on the shaft of the boot. The spur received special attention through the application of silver foil and an additional decorative embossing. The FSEA logo was added as a subtle branding detail for the association.

“The foil stamping and sculptured embossing processes were performed on a Kluge EHD,” said Guy Dupree, president of Superior Graphic Finishing. “The flat silver pass was laid down first on the Kluge. Then, to achieve maximum detail on the intricate areas, we ran the embossing in two passes. The first pass was done to see how much pressure we could use without over-pressure, which would cause cracking or damage to the counter. On the second pass, we adjusted the counter with more spot tape, mostly on the fine detail, until we achieved the desired result.”

“I blocked out the areas for which flat dies needed to be created before sending the files to our partners,” said Becky Arensdorf, art director for FSEA. “The craftsmen at Metal Magic took things from there to add more detail to the entire boot and spurs, based on their knowledge and creativity.”

Because of the intricacy of the foil stamping and embossing passes, the covers were trimmed to the correct size early in the process, but preparations were made in case adjustments were necessary. Dupree explained, “Since the sheets were printed multiple-up, we had to back-trim the sheets and keep the Polar paper cutter set up throughout the entire run of the foil/emboss process to adjust if necessary. We final-trimmed the covers before we ran the job, but we did so in small lifts as we ran so that we could check for any cutter draw that would affect the register.”

The final result was well worth it, and the incredible detail was so realistic that it fooled the press operator! “When the first finished piece came off the press, I took a picture of it and sent it to Jeff Peterson at the FSEA,” said Dupree. “Then I showed the picture to the press operator who was running the job. He asked me if that was a picture of the boots that were used for the artwork. It took me a moment or two to convince him that it was a picture of the job that he was running. He thought that I was kidding! We have never seen a picture of a piece that looked that realistic. The design, printing, dies and finishing all had to be spot on to create such a great piece, and we were glad to be a part of it.”

The sentiment was echoed by the company that created the embossing dies. “Metal Magic always considers it a high honor to provide dies for an FSEA project, especially one that is seen by so many, as the Sourcebook is,” said Mark Schumacher, vice president, sales for Metal Magic/Liberty Foil/GC Dies. “Our team takes great pride in the work we do for all our customers but seeing how perfectly every facet of this job came together, on such a marquee piece, only heightened that feeling.”

The 2018 FSEA Sourcebook has been a hit not only with those searching for print finishing providers, but also with judges. The sourcebook took Gold in the Directories category of the 2018 Gold Ink Awards, presented by Printing Impressions. The competition encompasses nearly 50 categories within commercial printing, magazines, books, catalogs, digital printing and packaging.

“It’s always excited to be recognized for the great work we do,” said Jeff Peterson, FSEA’s executive director, “but it’s even more rewarding when we receive that recognition for a project we’ve worked on with our members. Our association represents the most talented print finishers in the world, and we’re proud to collaborate with them each year on the FSEA Sourcebook.” 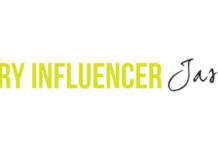 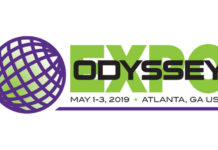 10 Time-Consuming Tasks You Should Automate Now