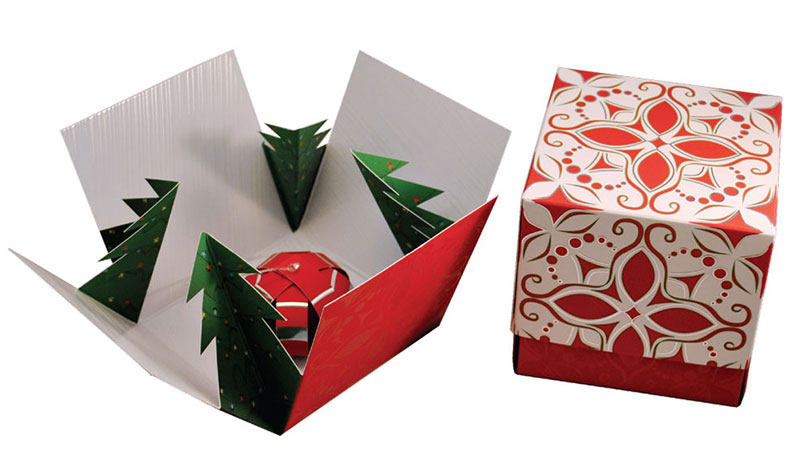 Based in Oakville, Ontario, Canada, Print Panther focuses on creating high-quality, design-led print solutions for a wide client base – including real estate, healthcare and everything in between – all of which are looking to elevate brand status through elegant printed materials. 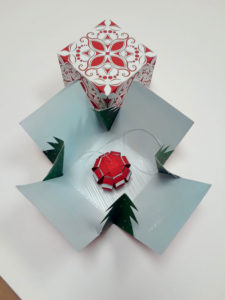 Managing printing industry trade association relationships and university-level workforce development programs for Konica Minolta, Dawn Nye is the company’s product and industry marketing manager. In her capacity of leading Konica Minolta’s national educational outreach activities, she does everything from arranging printing equipment donations and student scholarship programs to organizing hiring processes and intern experiences at several schools around the country. Additionally, she helps suggest curriculum activities at numerous colleges and universities in collaboration with educators like Professor Bondy.

Nye facilitated the partnership between the RIT students and Print Panther for this venture. “Professor Chris Bondy is an industry leader who has helped educate students on the values and virtues of the printing and packaging graphic arts industries for many years,” Nye said. “Christine Yardley and Print Panther represent a new breed of printer that thrives on design-focused, campaign-driven creative uses of digital technology. Together, they made a great team for this RIT course and student project through their leadership and donation of time and talent,” she added.

As part of RIT’s MAAT curriculum, senior-level students are required to complete a group assignment in which they exercise skills learned throughout their studies to create a final printed graphics production project. The students work in small teams with industry clients, like Print Panther, which provides them with a real-world experience. Additionally, students learn about project management as they work toward a long-term solution. One small team of these students created “More than a Box” – what MGI’s Marketing Manager Jack Noonan describes as “a holiday folding carton package and combined ‘Season’s Greetings’ gift” – for their project.

“The truly unique aspect of this project is that the conception, design and production of the finished piece creates so much more than a box,” Noonan said. “It’s a professionally produced luxury folding carton application, and it also is a very fun, interactive ‘pop-up’ winter landscape scene with evergreen trees, snowdrifts and icicles.” He continued by saying the hidden gem of a present located inside the box is “a useful, practical and very attractive, charming holiday tree ornament.” 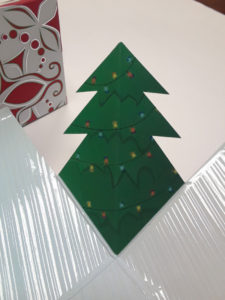 When it came to the final design, Yardley explained that the students did not have many boundaries. “I just needed to be able to mail it out, so size and cost were the only factors,” she said. Adhering to the set budget, the final goal for the project was to create a holiday-themed package that would impress prospects and clients with its visual design and transform or contain an item that could be kept for a while. “We were looking to replace the traditional card,” Yardley clarified, “and we wanted to incorporate embellishment, as well as diecutting.”

Once tasked with the holiday greeting project for the Canadian printing company, the students were led on a live production effort that incorporated project management, client needs analysis, design and print production (which includes defining, designing and producing all artwork and materials for the MGI digital print embellishment process, which includes variable embossed foil, 2D/3D UV dimensional textures and more). The students even traveled to Toronto for a live site visit to tour Print Panther’s commercial printing production facility and discuss the plans with Yardley and her team.

Package engineering is a new focus of the MAAT program as it enters the College of Engineering Technology. Not wanting to limit one another’s creativity, students worked separately to come up with ideas for a uniquely shaped box. From there, they completed multiple rough prototypes. After the package designs were crafted, students shared them in in-person focus meetings with the client in Toronto. Afterwards, the group looked to pull elements from parts of each proposal to create a final structural design. Fashioning a distinctive yet simple product took some time, but once the final prototype was completed, die lines were sent to Yardley and the Panther team for review.

Though there may have been some initial concern about the students’ lack of experience, those worries quickly were laid to rest. “I didn’t have any specific expectations for the project, but I thought this wonderful Christmas gift showcased the creativity and ingenuity of the students, while also highlighting what our technology can do – which is to create embellished print that is far different from standard, regular commercial work,” stated Yardley.

Once the box and ornament were designed, students added color and effects in Adobe Illustrator®. Since the group was well-versed with the software, Bondy said this phase of the project was smooth. The first mock-up of the ornament was the one that the group ended up going with. “It was a simple red gradient with silver foiling to add a little shine without being too distracting,” he explained. “The initial idea for the box was to create a wrapping paper pattern for the lid, with the bottom part of the box matching the wrapping paper on the outside, and upon opening the box a snowy winter scene would be revealed.”

Three separate wrapping paper designs of varying complexity were created before the students chose the final design. The initial design for the bottom portion of the box did not change much over time as it seemed a very good base foundation during the prototyping phase. The final product depicts a snow-like pattern on the inside, while the Christmas trees appear decorated with glowing lights via reflective metallic silver foil and touches of varnish.

After making a handful of small changes to the wrapping paper design, students added layers for the foils and varnishes that would be applied for the more complex pieces of the project. “The base layer of the snow was achieved through laying down a raised spot varnish and applying a shimmery white foil along the highlights of the pattern to create an effect and mimic actual snow,” Bondy relayed. The wrapping paper pattern used on the lid of the box was used again on the outside of the bottom part of the box with a clear UV varnish to create a slightly raised surface and a subtle red-on-red pattern. “The same pattern on the outside of the box, now with the more subdued color scheme, made use of silver and green foils to accent existing curves, as well as outline some of the simpler shapes,” he added. The final touch included appropriate foils next to the lights on the trees to give them a twinkling effect.

Invercote, a durable multi-layered Solid Bleached Board (SBB), was chosen for this product. “The stock is brilliant and made from pure virgin fiber sourced from sustainably managed Swedish forests,” Yardley said. “This paperboard is a great choice for packaging and graphical applications.” To allow for creasing and cutting in one process, Yardley said multiple cutting dies were used, including a matrix, which is a die within a die. “The need to incorporate a matrix in the diecutting was a challenge, but not one we couldn’t overcome,” Yardley said. The printing was done digitally on the company’s Konica Minolta Accurio 6100 press.

The MGI JETvarnish 3D was responsible for the use of the decorative silver foil, dimensional textures and spot ink highlighting used on the final product. Yardley added that a small, thin silver wire holds the ornament together, but no other materials were used. The final product pleasantly surprised Print Panther’s president. “The sheer engagement of the students was refreshing and inspiring,” she added. “I would hire them in a heartbeat.” Additionally, her clients loved it. “It was unusual, and the design was very creative; I think it most likely generated ideas for my clients to use for their business applications.”

When the final product was completed, students stood before peers and faculty to present their team project, showcasing their work and what they learned throughout the course. Bondy said that many group members reported learning how to manage a large-scale project, and that this project helped them become more confident in working in a 3D modeling space rather than just the flat 2D color printed surfaces for which they typically design. “Many of the skills taught in this class will be applicable for future experiences, especially for students looking to go into management or design,” he concluded.

The results of the students’ hard work surpassed any expectations across the board and the creativity and printcraft earned an FSEA Gold Leaf Award for best use of foil/embossing for a holiday self-promotion piece. Yardley was inspired by working with the students. “The second I held the piece in my hands, I knew we had to submit the student design to the Gold Leaf Awards,” she stated. “Not only did we win an award, we also gave our clients a wonderful Christmas gift and gave back to our industry by working with the future print leaders of tomorrow.” Noonan echoed her sentiments: “The box itself is the gift and shows not only tremendous craft and skill but also very thoughtful kindness, too. We’re all very proud that the students harnessed the power of our digital printing and finishing technology so brilliantly.”

In the end, the students gained real-time experiences like working under deadlines, accomodating client-driven design changes, dealing with prototypes not working out as planned, using the latest digital print technology, staying on budget, using prepress preparations and, of course, using postpress finishing embellishments. Nye was most impressed with their enthusiasm, hard work, time and effort, and said “that confirms the idea that young people want to learn more about the world of print and explore the graphic arts industries for future career paths.”

Yardley concluded by saying that “print production has never been more magical,” and she would encourage other companies to investigate collaborating with college students. “Just do it,” she exclaimed. “The rewards are amazing. Do good, be kind and most importantly, have passion for print and everything else that you do.”