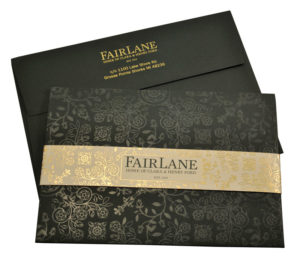 While war was raging across much of Europe in 1915, work on Fair Lane – Henry and Clara Ford’s 15th and final home, spanning 31,000 sq. ft on 1,300 acres – was completed. Credited with revolutionizing American manufacturing, Henry Ford often was quoted as saying, “Competition is the lifeblood of industry.” The visionary sought to create a sanctuary for his family following the success of Ford Motor Company and the Model T, which led to a skyrocketing climb to fame.

The Fords frequently invited friends like Thomas Edison, Harvey Firestone and John Burrows to their retreat. Featuring a private laboratory space for Henry to tinker and Clara’s beloved gardens, the home was enjoyed by the Fords for more than 30 years. As one of the first historic sites to be designated a National Historic Landmark, the home highlights a mix of European grandeur and Midwestern charm with grounds and gardens designed by the well-regarded landscape architect Jens Jensen.

Just over a century old, the ownership of Fair Lane recently was transferred to a newly established 501(c)(3) entity. The Henry Ford Estate – Fair Lane Board of Trustees launched a multi-year undertaking to bring the Ford family story to the public by restoring the estate. In order to fix leaky roofs and collapsing foundations – in addition to shoring up the riverbank that runs along the property – the estate’s board of trustees has been busy raising funds. One of its efforts, an annual affair named the Fair Lane Dinner Dance, is the elite fundraiser for the estate.

For more than 10 years, Behrmann Printing Company, Inc., Southfield, Michigan, has been selected to produce the invitation for the distinguished occasion. Behrmann – a specialty printing operation offering small-format litho with foil stamping, embossing, diecutting and other finishing processes – has considered the project a creative challenge each year and produces the invitation with great pride that is shared with the owners (thirdgeneration Behrmanns – Ivan, Steven and Scott) and their entire team of employees.

“What makes this piece interesting is that it’s a very short run to a very targeted audience of high-contributing benefactors for an exclusive fundraising event,” said Steven Behrmann, who is in charge of sales and management at the company. When tables of 10 can run up to $50,000, fashioning the invitation can seem a daunting task; however, Behrmann said that “good old-fashioned craftsmanship, skill and experienced operators were key” to their success. The 2019 project from Behrmann Printing received high praise, although the project initially did present several challenges.

Behrmann noted experiencing “the age-old production challenges, such as being squeezed on time to get the job done and making sure that perfection was the yardstick in every step.” He specifically discussed the intricate details required by the task.

“The sheer number of pieces associated with this job, all of equal complexity that required completion for the event, was a challenge,” he noted. “We worked on the solicitation brochure and envelope, commitment card, custom multi-process letterhead and custom converted envelope, save-the-date card… and the list goes on, totaling about 15 different pieces in all.”

Each year, the invitation’s theme reflects a different detail of the estate – perhaps a pattern within the wallpaper or a design seen in its china. Behrmann acknowledged, “There is no expense held back in the details surrounding the production, from the custom envelope liners to the full-bleed clear foil.” It’s easy to see why this invitation won the FSEA Gold Leaf Award for Best Use of Foil/Embossing – Announcement/Invitation for technical difficulty.

The elaborate graphics were created and conceived by GTB agency out of Dearborn, Michigan. Printing was completed in-house on Behrmann’s Ryobi 9985 2-color small-format offset press. The printing is one PMS match color with hairline registration to the foil stamping.

Each piece requiring foil stamping and diecutting was run after the pieces were printed. The clear gloss foil stamping was produced on a Saroglia FUB due to the large area and impression required.

The gold foil stamping was done on a Kluge EHD with the two insert cards and bellyband on one form. Both the metallic gold and the clear gloss were supplied by Infinity Foils, and the foils were selected by the customer. The foil stamping dies, which included relatively large dies for several passes, were supplied by Owosso Graphic Arts.

With a foundation of attention to detail in workmanship and in customer relations, Steven Behrmann’s grandfather, Jack Behrmann, opened his small letterpress shop about a decade after the Fords settled into their Fair Lane estate. More than 90 years later, the company still is guided by the same founding principles – perhaps one of the main reasons Behrmann has been selected to produce the invitation for many years. 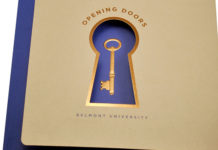 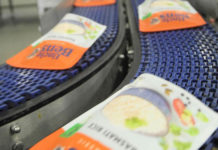