Static electricity is often the cause of problems encountered in the bindery, hampering production and affecting product quality. By having a basic understanding of static electricity and by utilizing ionization equipment to control or eliminate the static charges, most common problems can be tackled.

Static electricity is an electrical charge on the surface of an insulative material such as film or paper. Static also can occur on a conductor, such as metal, if it is not grounded.

There are several factors that effect whether or not a material’s surface will support a static charge and to what degree.

Materials made of natural fibers, such as uncoated paper, typically exhibit high charges at high speeds in environments having low relative humidity. These materials tend to be very hygroscopic, having the ability to absorb moisture from the ambient air. As moisture collects on the surface of these materials, surface resistivity decreases which, in turn, increases its conductivity. This provides a conductive path along the surface for charges to flow to grounded metal rollers or any grounded metal surface in the machinery that the material may be in contact with, thus removing the charge from the print material.

Materials such as plastic films and paper with plastic coatings or high quality clay coatings tend to generate high charges even at slower machine speeds. Their high propensity for charging is due to the inherent high surface resistivity of materials with less tendency to absorb moisture. Some of these surfaces can support static charge potentials of tens of thousands of volts and maintain a charge for minutes, hours, or even several days. For that reason feeding, delivery, and stacking plastic or lightweight coated paper sheets can be a real challenge.

Some plastics may have been treated with an antistatic agent which can reduce the tendency to develop a charge. Plastic webs or sheets may be extruded with an antistat in the formulations. Many times papers are treated in the printing press with an application of fabric softener solution which acts as an antistat on the material. In either case, the antistat functions as a slip agent, reducing friction by attracting ambient moisture to the surface and increasing conductivity.

Surfaces that are conductive or antistatic can be maintained in an electrically neutral condition by grounding. Materials such as plastics, resin coated and clay coated papers, and very dry uncoated papers are non-conductive. Grounding cannot eliminate static charges on their surface. Static charges on these materials can be controlled, however, by utilizing ionization equipment mounted in the process machinery.

Familiar to most machine operators, static bars are a common type of ionizer used for neutralizing sheets and webs. A typical static bar is electrically powered and is mounted in the production line an inch or two from the sheet or web material’s path. As the charged surface passes the static bar, it becomes neutralized. Placement of the ionizer is critical. It should be placed just ahead of the area in the process where static is causing the problem. It is recommended that a qualified static field specialist be consulted for proper ionizer selection and placement. This can save a lot of time and aggravation.

How Does an Ionizer Work?

Ionizers emit vast quantities of both negatively and positively charged gas molecules called air ions. The ions are made available to the charged surfaces where the electric field attracts the necessary ions of opposite polarity to its surface, thus balancing the charge on the web. The ionizer’s output is virtually unaffected by ambient temperature and relative humidity conditions and is compatible with most materials processed in the bindery.

A typical static bar has a range of about one to two inches. Some static bars are designed to operate up to several inches away from the target surface. Ionizing blowers consist of a fan blowing air over a series of ionizing emitters to extend the operating range even more, up to three to four feet. Ionizing nozzles and air knives use compressed air to provide a higher velocity of focused ionized air. A common application is to assist in sheet separation on pocket feeders.

Dealing with Static Problems During Production

Many of the problems relating to static electricity encountered in the bindery actually result from static charges generated in the print medium in the pressroom. As the web or sheet is transported through the various stages of the printing press, static charges accumulate on the surfaces. If static neutralizers are not used at the delivery of the press, a highly charged stack of printed materials is sent to the bindery. If the print media in a quality clay or resin coated material has large areas of ink coverage or is highly calendered, the static charges may be retained for several hours or even days if ambient conditions permit. The resulting problems encountered in the bindery are usually personnel shocks, jams in the press, or double-sheet pick-ups when trying to feed a subsequent operation such as a folder, collator, saddle stitcher, or perfect bound line.

The simple and most cost effective solution to these problems is to convince the pressroom to install a static neutralizing bar at the delivery of the press. Trying to deal with the problems of double-sheet pick-ups and jams at all the pocket feeders on a large side saddle stitcher or perfect binder can be complicated due to limited space and moving mechanisms at the pocket. A static-free stack of printed materials from the pressroom, however, doesnt solve all the bindery problems. For example, with a typical sheet folder, once the sheet leaves the feed pile, the tribocharging process starts all over again as the sheet contacts and separates from belt, rollers, and any other surfaces with which it comes into contact. Since tribocharging is a cumulative process, the charge on the sheet continues to rise to a level where the charged sheet is attracted to components of the machine and a jam or skewing of the sheet occurs. When making multiple folds, this can happen at several locations in the folder. A solution is to mount a static neutralizing bar over the paper path, just ahead of the point where the problem is occurring. Due to guides and rails which may interfere with placing a standard static bar an inch or two from the sheet, an extended range type static bar may be appropriate. For best results, the bar should be positioned where the sheet is floating with a little air space between it and the sheet machine bed. One ideal location, although not always possible, is to position the bar over the sheet at a transition point or break in the conveyor.

Folded materials obviously need to be delivered onto a stack. This is usually where the next problem is manifested. The folded pieces may repel each other, causing a mess at the delivery, or they may stick to each other, resulting in sloppy, uneven, impossible-to-jog stacks. In either case, two static bars properly placed at the delivery to neutralize both outer surfaces of the folded piece will render neat, trouble-free deliveries.

Uncomfortable electrical shocks to personnel in the bindery are not uncommon. When high static charges exist, especially in rolls or stacks of materials, the electric fields can induce a charge into nearby personnel. Since the human body is a conductor and usually insolated from ground due to rubber or synthetic soled shoes, a sizable charge can build up and will be stored in the body. When the charged person touches something conductive, such as a machine component or control panel, the discharge will be felt as an electrical shock. Using a static fieldmeter, or with the help of a qualified static control specialist, the cause of the electrical field can be located and the problem solved by neutralizing the source of the problem.

As a roll of film unwinds and passes through nip rolls, over idler rolls, turning bars, and the forming plows, static charges on the film can cause operator shock, press jams due to film clinging to itself or machine components, and breakage of the film. The attraction forces of the charged film may even lift non-adhesive labels off the item being wrapped. A couple of carefully placed static bars usually solve all these problems and result in trouble-free packaging operations.

Electrostatic charges develop on the print substrate during virtually all phases of printing and finishing. The resulting problems can slow production and affect the quality of the end product, both impacting the bottom line.

With the help of an experienced static control field representative and the proper placement of an appropriate static control device, static charges can be controlled in production machinery, enhancing product quality and increasing throughput in the finishing department. 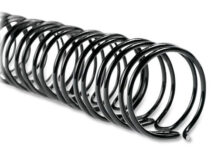 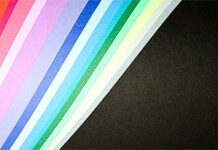 Grain Direction – The Long and Short of It 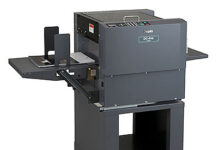