The guys I play basketball with call me “Old School.” I think that has more to do with my age than my playing style, but I consider it a compliment nonetheless. And the fact of the matter is that my game is a lot more fundamentals than flash.

An attendee at a recent seminar called me a dinosaur. “I came here looking to find some new ideas,” he said. “You didn’t teach me anything about selling comprehensive solutions at the C-Level in the digital arena, just the same old ‘prospect-and-follow-up-and-ask-good-questions’ crap I’ve been hearing from my boss. Dinosaurs are extinct, man, and you’re not helping me any by telling me to sell like one.”

In case you’re interested, this guy was sent to my seminar because he’s at 60 percent of the sales level he’s supposed to be at after a year and a half on the job. Personally, I think he’s a whole lot closer to being extinct than I am.

I went out on a first appointment sales call with a young salesperson last week, and the salesperson made his standard presentation – his ‘spiel’ as he referred to it – and then we pretty much left. “How did I do?” he asked me as we walked out of the building.

“Why would I need to educate myself?” he asked. “I know what we do.”

“Sure,” I said, “but do you know what he needs? Or more importantly, what he wants from a supplier and might not be getting from the one he’s buying from now?”

If all you’re doing is making a “spiel,” you’re talking but not qualifying. And I don’t care how much flash you put in your presentation, it’ll be worthless if they don’t actually buy, want or need what you sell, and even more worthless if you can’t give them a good reason to stop buying from the other guys and start buying from you. “We do X, Y and Z” is not a good reason to change suppliers or to start doing things a different way. “Thanks for answering my questions, telling me about those problems you’ve been having and giving me the opportunity to tell you about a possible solution” is a much better strategy.

And while I’m on the subject of “making a spiel,” I always want to smack any salesperson who uses that word. It’s a derogatory term for what should be a highly professional endeavor. It’s bad enough that most of the general public holds the sales profession in such low regard. I hate it when salespeople perpetuate the stereotype with words, actions or attitudes.

Another fundamentals vs. flash issue is salespeople who speak fluent jargon, or who seek to impress potential clients with big words – often misused – when smaller words would make for more effective communication. Last month I made four sales calls with a printing salesperson who used the word “facilitate” so many times during the first call that I consciously counted the number of times he used it on the next three – 16 times! At one point, he said: “I want to facilitate a dynamic process of making it productive for you to order all of your image-dependent printing from me.”

Here’s what I think he meant: “I think I can make your life a little easier – at least the part where you’re involved with printing and printers – and I hope that will earn me a large share of your business’ especially the jobs that have to be done right the first time!”

Which one of those statements makes the most sense – or has the most appeal – to you? Do you sometimes wonder what the salespeople who call on you are actually trying to say? How many times in the last six months have you heard some variation of: “Our (digital workflow/document handling/paper ordering/production tracking/employee benefits) solution will foster an improved business model and enable greater profitability.” Does that make you want to buy it or call for help?

The bottom line to this discussion is that fundamentals beat flash in selling far more often than the other way around. The salesperson who asks the best questions is most likely to find real opportunity, and in turn most likely to present the best solutions to whatever problems his/her prospect may be having. I’ll grant you that many things have changed dramatically over the last 5, 10, 20 or even 50 years, but the fundamentals of selling have not changed a bit. I vote for more “old school” and less jargon, more prospecting and better questions and more professionalism and less emphasis on finding new sales paradigms and other non-existent shortcuts. And less excuses, while we’re at it but that’s a topic for another day.

Dave Fellman is the president of David Fellman & Associates, a sales and marketing consulting firm serving numerous segments of the graphic arts industry. He’s a popular speaker who has delivered seminars and keynotes at industry events across the United States, Canada, England, Ireland and Australia. He also is the author of “Sell More Printing!” (2009) and “Listen to the Dinosaur” (2010), which Selling Power magazine listed as one of its “10 Best Books to Read in 2010.” For more information, visit www.davefellman.com. 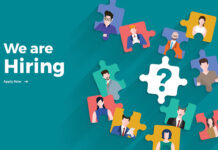 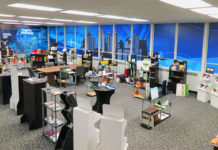 Are Your Profits in a Bind? Samples Sell Capabilities 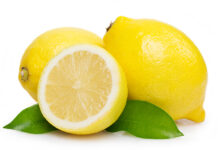