PostPress asked two industry veterans in the narrow web decorating/finishing arena (Tom Kirtz, president, Telstar Engineering, and Michael Rivera, vice president, K Laser Technology) to provide some insights on the current landscape and what we can expect to see changing in the foreseeable future.

What were the turning points in hot foiling inline that helped it grow into a feasible option for flexographic printers? Is there still room for growth in the hot foil side of the business?

Although inline foil with narrow web flexo had been around for quite some time, flexographic printers were not willing to slow their presses down to the speeds they would have to run at to effectively apply foil inline. Improvements in the release of the foils by foil manufacturers began changing this, along with more flexible and cost-effective solutions for hot stamping tooling.

“We saw the potential in the hot stamping market for narrow web several years ago and acquired a hot stamp equipment manufacturer to add to our converting equipment line,” stated Kirtz. “We made several engineering upgrades and believe we encouraged this growth with the availability of retrofit hot stamping equipment for all types of label presses.”

“Another major turning point in the growth of hot stamping inline was the development of flexible rotary dies that could be utilized with magnetic cylinders,” added Rivera. “This provided a more cost-effective solution for shorter runs and faster turnaround times for the customer.”

Rivera believes the rotary hot stamp market most likely has peaked as far as growth opportunities, but there are many customers who still are interested in the look of a hot stamped image and the opportunities will continue to be available for the flexo printers offering it.

Cold foiling inline has continued to grow in popularity. What percentage of the market for foil decorating would you estimate is cold foil vs. hot foil?

Cold foil inline also has been available in the marketplace for many years; however, consistency and reliability simply were not obtainable to spark significant growth. Foil products and the adhesives used with the cold foil process have improved significantly over the past few years. This has helped develop a huge increase in its acceptance and growth for label decorating. Rivera estimates that the cold foil market now holds about 80 percent of the foil decorating market for narrow web flexo printing.

“Cold foil is an acceptable foil decorating process and now is considered an industry standard,” stated Rivera. “However, because cold foil is limited to non-porous substrates, its market share is not expected to change significantly.”

“We have seen significant grow with cold foil and Cast & Cure™ for narrow web applications,” added Kirtz. He stated that his company currently is manufacturing more than twice as many cold foil units to hot stamp units for narrow web flexo presses.

“To go hot or cold with foil isn’t always a clear choice,” stated Kirtz. He pointed out that some designs and substrates demand one or the other, and there can be issues with the quality level demanded by the job and even the press speeds required to remain profitable. “If you have been doing hot stamping and are faced with a customer demanding cold foil, you may find you can add this process to your existing press at a cost that still allows you to make a profit,” continued Kirtz. “You may even end up expanding your product lines for your sales staff.”

“One of the major factors in the decision between utilizing cold or hot foil is the substrate being used,” added Rivera. Cold foil must have a non-porous stock to perform effectively, so labels designed to use an uncoated stock are going to be more suited for hot stamping. Cold foil works best for plastic label substrates because there is no heat involved when applying the foil, which can distort the plastic film.

What do you see changing and growing in the label decorating/finishing marketplace?

“There are units now available that can provide hot and cold foil, along with Cast & Cure™ decorating,” said Kirtz. “Imagine foil combined with rotary screen, metallic, glitter varnish, heat embossing or embossed-look effects… there is so much more to come!” Kirtz went on to say that there is a lot of talk about digital and digital labels. He does not look at digital as a separate technology, but rather a complimentary opportunity for label printing and decorating.

Rivera noted that more printers are applying foil decorations to digitally printed labels. “The digital print market for labels has shifted its finishing strategy from an “inline” to an “offline” process,” he said. This shift mainly was dictated by the maximum running speed of the digital press. While digital presses run substantially lower in speed than the finishing equipment, more printers are opting to perform their decorating/finishing process offline, where one decorating/finishing press can serve two or more digital printing presses.

Kirtz added that hot foil holographic security applications area is where he is seeing a growing demand due to increased concerns about counterfeiting. “These techniques provide an extremely difficult-to-duplicate graphic identity,” added Kirtz. “It’s like creating a virtual fingerprint, only better.”

“I don’t believe we have tapped the potential, especially when it comes to combining various decorating effects,” concluded Kirtz. “There is such a huge demand for new and more exciting graphics, and we don’t yet know how this will all tie into digital applications, for example. Label designers are becoming more tech savvy and bring new ideas to the table. It’s our job to figure out how to achieve their visions.” 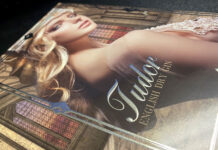