Home Articles If You Can’t Convince Them, Confuse Them 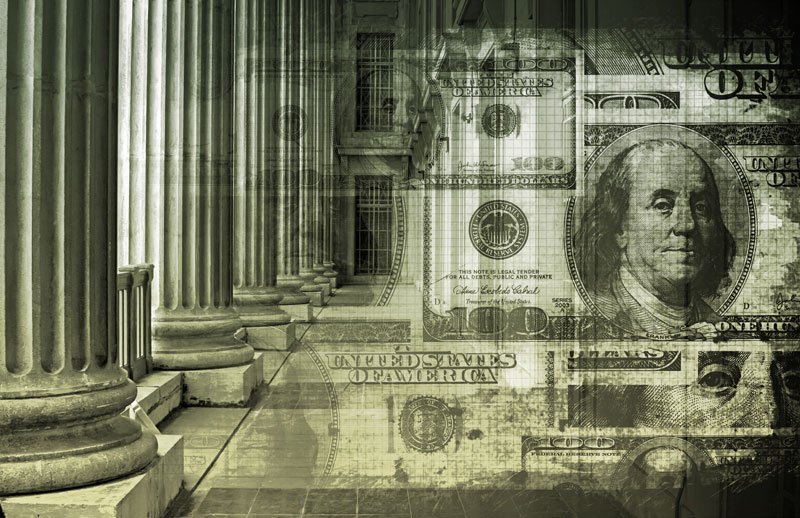 It often has been remarked there are two things that nobody should ever watch being made – sausage and law. Unfortunately, we have elections every two years and must witness one of these endeavors whether we like it or not. There always is a lot at stake in an election but, at the same time, too much attention can be lavished on the process. How important is politics to the economy and the conduct of business? What influence do the various players have on the business community and/or the consumer? This is sometimes difficult to determine, as it varies with the issue – and some sectors of the economy are affected more than others. Two issues that bear some further examination would be the whole trade war/tariff war situation and the question of overall growth of the economy and how long this growth path can be sustained.

It helps to clarify a few things as far as the connection between politics and the economy. The media often try to oversimplify complex issues, and this leads to misunderstanding. One of the most common errors made is putting far too much influence in the hands of the president. The reality is that almost all of the power of the executive branch over the economy is indirect. The framers of the US Constitution were universally wealthy businessmen and landowners who were fighting to keep control of that wealth. The government was going to be one dominated by people like themselves – male landowners. They did not want a strong central executive and designed a system without one. The power of the purse was theirs: Congress would have complete control over taxing and spending decisions, and the president had only advisory influence. The presidents also had what Teddy Roosevelt referred to as the “bully pulpit,” as they could use their popularity with the public to put pressure on the legislators.

Even in the beginning there was a desire to create a national bank that was somehow above the political fray, but it was a century later that the concept of the independent central bank was born. After a series of financial crises, the Federal Reserve was created in 1913, and today the majority of the central banks in the world are independent so they can make the tough decisions regarding monetary policy. The only influence the president has is to appoint members of its board of governors whose terms do not coincide with those of the president or members of Congress. The Senate has the power to approve or reject these presidential choices.

The bottom line is that the success of the economy in 2018 is due, in part, to the decisions that have been made by Congress as far as spending increases and tax cuts, as well as the decision by the Federal Reserve to lower interest rates to record levels and leave them there. But this activity alone would not have pushed the economy to hit over 3.0% growth in Q2 and Q3 of 2017 and 4.2% growth in Q2 of this year. Both the Fed action and the decisions by the Federal Reserve are incentives for the business community and the consumer. If there is no response to these attempts to stimulate, the economy stalls – regardless of how much government encouragement is tried.

This economic surge has taken place because the business community elected to expand to meet the demand that was provided by the consumer. It became something of a virtuous circle, with confident consumers buying enough for business to justify expansion and hiring – something that made the consumer that much more confident. If this is the underlying driver of the current period of economic growth, what could happen to slow that growth?

Assuming the government does not engage in a dramatic slowdown attempt, the threat would have to be directed at consumers – either their attitude or their ability to keep consuming. The government could take steps to stall the economy by hiking taxes or drastically reducing what it spends. This would take place only if there was suddenly a desire to take the debt and deficit seriously. There has been precious little evidence of that, and it will certainly not show up in an election year.

There are, therefore, three threats that should be taken seriously and contingencies made for in the upcoming year.

The first and probably most pressing is inflation. By most accounts, this should have been a bigger issue by now. The price has risen on industrial commodities this year, but not as fast or as persistently as had been expected. Oil nearly doubled in price earlier in the year but then leveled off. There was a surge in terms of metal pricing, but that has leveled off a little, as users and producers still are trying to determine what will and will not be included. What we have not seen is wage inflation, although there are some signs that it will manifest by the start of 2019 and maybe even before this year is out. The rate at which wages are rising has reached 2.9% after languishing at between 2.0% and 2.5%. The latest statements by the Fed are basically assuring the business community that current reactions to inflation remain on track. That said, all it would take to push inflation out of control would be some crisis that affects oil or an extension of the trade war that affects metals even more profoundly.

The second threat would be more political and thus even harder to predict. Trump has been unpredictable and is quite capable of sparking some intense reaction. His attacks on Saudi Arabia caused oil prices to jump temporarily, and his threats against cars from Europe and Canada have reverberated through the industry. The trade war with China is becoming a new version of the Cold War, and that can easily spiral into actions that overtake both nations. Given enough time, the US can find other sources for the products imported from China, but that could be several months to a year in development. Some production would shift back to the US – but not all that much, as prices would be too high.

The third threat is a continuation of an old threat but one that gets worse every year: a serious labor shortage in manufacturing, construction, transportation, health care and others. This shortage is worsening as more and more Baby Boomers elect to retire – about 10,000 a day. The US has long been able to address this ongoing labor issue through immigration, but that has become much harder and more controversial. In past years, the US business community would be content with hard-working immigrants just looking for a job, but now the need is for skilled and educated people. They are far harder to attract and keep.

Every year presents a new set of challenges for anyone in business: The only real constant is change, after all. In a year that politics and elections push to the forefront of people’s attention, it is impossible to ignore the influence. This year, the economy is doing well, but there are warning signs galore that will force companies to plan for less favorable environments.